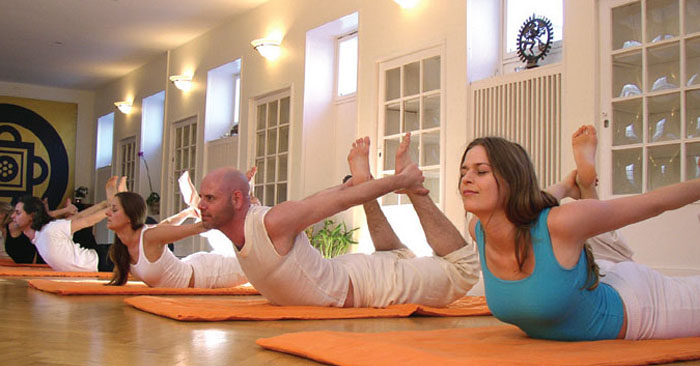 NATHA YOGACENTER is one of few yoga schools today offering an in-depth training program in yoga and meditation which is combining theory and practice from different esoteric traditions. In every lesson we will go through a theoretical aspect of yoga and written material will be given. Intensive yoga is a complete yoga system that gives you a valuable tool to harmoniously awaken all aspects of your being.

The structure of the course

The Intensive Yoga course is an ongoing program that extends over many years. You can take a break from the course at any time and still be in possession of many tools for your spiritual development.

Each class lasts two hours and includes both theory and practice. The theoretical part explains the medical and psychological effects of each technique in detail. The theory also gradually presents the fundamentals of the yogic philosophy, in a way that is easy to understand for the western mind. Written materials are given out after each class.

In the practical part we initially teach asanas (physical postures) then pranayama (breathing exercises) and as the class advances, we teach various meditation techniques and other methods from the yogic lore.

In this intensive yoga course we offer an in-depth study of yogic philosophy, both from the theoretical and practical point of view. In this course you learn physical postures to balance inner energy, relaxation techniques to quickly eliminate stress, dietary recommendation for a healthy life, breathing techniques for calming the mind and meditation techniques for contacting your inner self.

Components in the Intensive Yoga course